First the announcement of a re-jigged Flashback in April and last week a teaser trailer for a forthcoming remake of The Chaos Engine. I’d be lying if my initial thoughts to both were to do anything else but cream oh so very slightly in my jeans having played both to death back in the halcyon days of yonder. Two of the most highly-rated games from the Amiga era, updated for the benefit of modern gamers, so we can all bask in the glory of their awesomeness. Marvellous isn’t it? Isn’t it?


The new Chaos Engine teaser trailor. Very teasery in that it shows fuck all game footage...

Okay, so it would be nice if such things always worked out spectacularly well. It would be great if these games were to be brought back for a vibrant young audience so they can understand what we used to do with our zipsticks and floppy disks (rather than ‘fnarr’ loudly). But all too often after the huzzah of ‘they’re remaking such and such’ comes a cynical ‘why in the blue hell did they bother in the first place?’ followed by cries on Twitter that one’s childhood has been systematically raped in the process.

Retro remakes are a slightly benign thing. Rolled out on the basis that a niche following will garner some decent self-promotion, developers instead often mould the game to the expectations of some other (modern) gamer instead. So what you end up with is a close approximation of what has gone before but with added bits of bobbins and cutting-edge sterility. Whilst they may make a bit of money in the short-term, critical reception will be unfavourable, the remake will soon be forgotten and the legacy of the original tarnished for evermore. That’s a lot of annoyed old school gamers looking to tear you a new one.

Look at Syndicate. All we really needed was another sodding FPS, wasn’t it? Especially when the original was a sophisticated god-game/resource-sim that was bastard hard. Alien Breed has turned from being a fast and furious bastard-hard Gauntlet clone into a dull, ponderous and linear shoot ‘em up. Speedball 2 has been remade enough now. Please stop it. If you’re not going to take it seriously and make a super-fast, bastard hard version where Super Nashwan always piss on you from the greatest of heights, then you’re not really trying? Sensible Soccer 2006. Hahahahahahaha. Both new and old gamers lose out. The new are subjected to sub-par gaming and treated to a distortion of what retro-heads constantly bang on about. The old are just likely to whinge that they’re not really being catered for and huff off in a grump. 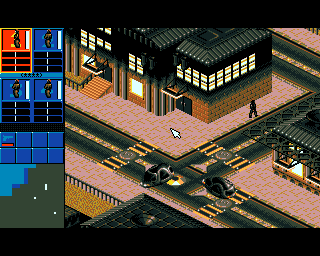 For those born in the mid-ninties - this is how Syndicate really looks!

Of course, not all remakes have followed such a trajectory, proving that there is some value in making the old spangly and shiney if you happen to treat the original title and its audience with respect. X-COM: Enemy Unknown is a perfect example. A great mix of UFO: Enemy Unknown, minus the more cumbersome micro-management aspects of the original, mashed together with some stonking new features. The skill increases for your troops, for instance, actually increases the tactical play available whilst simplifying the mechanics beautifully (although failure to play with the Ironman mode switched on does mean you’re a great big pussy).

But all of this gets away from the real issue – why remake perfect games anyway? If we’re looking to enthuse modern gamers about the past, shouldn’t such titles be released warts and all rather than meddled with to produce a sanitised more accessible version for monkey’s that demand style and graphical overload to substance? Hmm, perhaps that rhetorical musing answers itself. Modern gamers don’t care much for old games or remakes of them, so why bother updating for a new audience when it’s the core aficionados that should be catered for? Granted, X-COM disproves the rule convincingly and is a great advancement on the original game, but for too many other remakes unnecessary changes are made, the purpose of the original game is lost and, rather unfortunately, they become far too easy to complete – just another meaningless milestone to ones burgeoning trophy bandwagon. 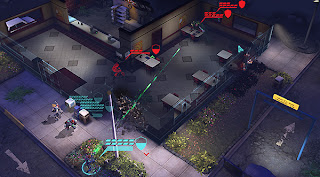 Hopefully Flashback and The Chaos Engine will be tinkered with a little more care, attention and X-COM in mind; games for oldies, but with enough quality to broaden horizons and find a new audience as well (at the very least the involvement of Hotline Miami publisher Devolver Digital on The Chaos Engine seems a good thin). Because at the very least, the enduring memory of Delphine Software’s finest moment and yet another classic added to the Bitmap Brothers’ Hall of Fame deserve that. And if they could make both bastard hard beasts and include the original in the package (like LucasArts did with The Secret of Monkey Island: Special Edition where you could choose to play the original or listen to Guybrush’s whiny voice in the update) that would be rather neat. Pretty fucking please, with cherries on top, unless you want to have Twitter plagued with complaints from old men that smell of wee…
No comments:

Recently, my colleague at The Pixel Empire, the most excellent Chris Weatherley (@novabug), asked fellow TPE staff writers to contribute a gaming top three for his April blog challenge. Of course, this was just another great opportunity to remind the professional 'yoof' of how amazing the Amiga was as a games machine which constantly stuck two finger up at the Super Nintendo and the Megadrive despite it's home computer stylings. But the choice of rounding down a host of titles to just three is quite insane. Where do you start when titles roll off the tongue like Formula One Grand Prix; Turrican; The Secret of Monkey Island; Flashback; Syndicate; Cannon Fodder; UFO: Enemy Unknown; The Chaos Engine; Captive; and Alien Breed to name a few. It was time to be ruthless. It was time to declare the following three games the best ever on the Amiga!

Looks simple, but there is a wealth of depth in Civ's gaming mechanics.

From tiny acorns do great oaks grow. That’s pretty much the legacy of the original Amiga version of Civilisation through to its current fifth iteration that has now seen it developed for ‘the consoles’. Still, Civ hasn’t been all that much of an evolution, as the pure game mechanics of taking on a band of settlers to grow an all conquering civilisation via a strategy master-class was the foundation of this Amiga classic. Little has changed (albeit Civ 5 is less difficult to play owing to the ‘console’ factor), which means the original version is just as replayable as any of its bigger brothers. Most importantly, there’s no other game out there that can beat Civ for its ‘just one more turn’ dynamic. And before you know it, it’s five o’freaking clock in the morning. Some of the best early morning hours of my youth and most of the summer of 1993 was spent on this bad boy, so obviously I’m not wrong. Civilisation is the best strategy game ever made.

As marvellous as Speedball 2 is Sensible Soccer probably has the greatest two-player mode ever created. Fast, frantic action that required quite a bit of skill to master made for an absolute bun-fight between argumentative brothers trying to determine which of whom was king of the motherfucking universe! Sensi would always prevail in revealing awho was the actual grandmaster. Years of ever-increasing additions to what started as little more than a bare-bones footy title with exquisite gameplay made SWOS an absolute treasure. Difficulty, depth and endeavour created a multi-directional scrolling footy title that actually played like a real footy match. The now classic stick-men sprites, the ball that refuses to glue to player’s feet, after-touch and killer sliding tackles have much to thank for the that, and whilst it is incredibly challenging to get the knack of it, once you do you’ll be a goal-scoring superstar hero! Incredible goals, frenzied gameplay, a huge management component that kind of gives Championship Manager a run for it’s money, Sensible Soccer is an absolute blast that makes both FIFA and Pro Evolution Soccer blush with embarrassment.

You're a goal-scoring superstar hero...!

Now over 20 years old and not only the best game released on the mighty Amiga, Speedball 2 remains king of the world. A phenomenal piece of gaming in every sense it has bastard hard difficulty; delicious multi-directional scrolling; a futurism design that would make Ridley Scott cream in his jeans; tonnes of ways to score making every match unique; Super fucking Nashwan; simple management content to compliment the hardcore in-game brutalism; bounce domes; the terrific score multiplier; league and challenge play; two player mode - perfect for squabbling brothers; robotic ambulances to remove players beaten to a pulp from the field of play; exquisite design in the arrangement of the Speedball arena; perfect introductory music; replays; the genius of making games only three minutes in length; super fucking quick sprites; on the money collision detection; and a scary AI that has been programmed to constantly piss on your cereal and wipe its dick on your curtains making the game insanely moreish rather than frustrating as you look to improve your teams ranking. Oh, and ice-cream. In other words it’s pretty much the perfect game.

Agree or disagree. Let me know.
No comments: